Why I Became a Minimalist: My Story of Life with Less

Growing up I loved stuff. All kinds of stuff. I even had a box in my childhood room full of junk mail I collected from the post office recycling bin! I always had collections and special things I was saving. In the last few years, I have completely changed directions. Now I find too much stuff stresses me out and makes me feel overwhelmed and stressed out. Over this time I’ve discovered there are many benefits to a simpler, more minimalist life. But before I realized all the benefits a more minimalist lifestyle could offer, two specific events in my life shifted my mindset about stuff and ultimately motivated me to declutter. This is why I became a minimalist, my story of life with less.

Why I Became a Minimalist: People Matter More than Things

The first event was when we lost our first child, Aiden, in 2010. Losing Aiden changed everything about my life, and one of those changes was my mindset about stuff. I realized that the things we own are just things. It’s just stuff. What really matters in life are the people we share it with. I became less attached to my possessions and knew I wanted to fill my life with people I love, not things I own.

Why I Became a Minimalist: Toddler Tornado

The biggest catalyst to start me on the path to minimalism was definitely when my daughter, Emily, was a toddler. Kids, especially toddlers, have a special way of getting into EVERYTHING! I’ve always been an organized person, so even though I had a lot of stuff it was (usually) neat and organized. But when my daughter started getting into my massive amounts of neatly organized stuff, things changed! I got so sick of cleaning up and putting away the same things. Finally, I had enough, something had to change. Without even realizing it at the time, I started down the path of becoming a minimalist.

A Bottle of Lotion Turned me into A Minimalist

I clearly remember the day I started my journey towards becoming a minimalist. It was early one morning in April 2013. Emily had just turned two. She was usually good about occupying herself with a few toys or books in my bedroom while I quickly showered and got ready for the day. She was becoming more curious though and was often getting into the drawers and cupboards in my bedroom and bathroom. I was often frustrated when I got out of the shower to find the whole cabinet under the sink emptied and her digging her little fingers into my eyeshadow, or unrolling a roll of toilet paper.

On this particular day, she got into the cupboard filled with all my various lotions. It still baffles me why I had so many partially used bottles of different lotions and creams. Even if I didn’t like a certain one I never seemed to throw it away because I thought I might “need” it one day, or didn’t want to be wasteful. So I would shove it to the back of the cupboard and it would stay there never being used.

When I got out of the shower on this day, I found Emily standing by the chest at the foot of my bed with an entire bottle of runny, glittery lotion poured all over the chest, herself, her pajamas, and the carpet!! In case you’ve never had the experience, cleaning lotion out of carpet is not fun or easy!

The Beginning of My Minimalist Journey

Right then and there I decided enough was enough! I was so sick of cleaning up the same messes and the same stuff that I didn’t even need. I got a big garbage bag and started filling it with everything and anything I could see that I didn’t use or love.

It felt so freeing to get rid of stuff I didn’t use or love. I had been feeling obligated to keep so much because I didn’t want to “waste” the money I had spent on it or because it was a gift. The money was already gone, it was time to let it go. If it was a gift, it had already served its purpose. The gift giver showed their love with the gift and I appreciated it, but if I wasn’t using or loving it, it was time to let it go. I gave myself permission to get rid of anything I didn’t use or love because picking it up after Emily unloaded it was taking up way too much of my time.

I worked through the whole house removing anything I didn’t use or love and paring down anything we had too much of. That was my first round of decluttering. I felt like I got rid of so much, but in reality, I had only just scratched the surface. A couple of months later I had cleared out so much stuff from our house that we had a garage sale. We made a little money and got rid of a lot of stuff. We donated everything that was left after the garage sale, and I thought that my work was done.

Minimalism: It’s a Journey, not a Destination

As time went on, I realized there was still stuff in the house I didn’t use or love. So I began to do another round of decluttering. I’ve done several more rounds of decluttering since then. With each round, I found more that I was willing to let go of and get rid of. We donated many boxes and bags of stuff to the second-hand store, and I began to realize just how much stuff we had.

Last year we moved to a new house, and I felt like we didn’t have too much stuff….until I had to box it all up and we moved it to our new house. How did we still have so much stuff!!

So I have continued to purge and declutter. Maybe one day my house will finally feel “done” and all I’ll need to do is maintain that level of stuff. Or maybe it will always be an ongoing project. But I feel good where I’m at on this minimalist journey. I know that getting rid of the excess stuff in our house makes our lives so much easier, so I am going to continue on this path.

Are you working to declutter or minimize your life? I would love to hear what motivated you to begin decluttering. Leave a comment and let me know!

How to Shop Your Closet for A New Outfit

How to Find the Perfect Version of Minimalism for You 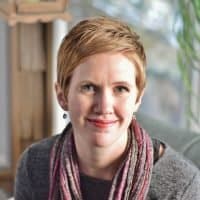 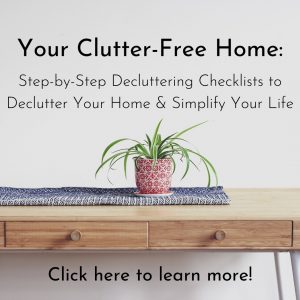